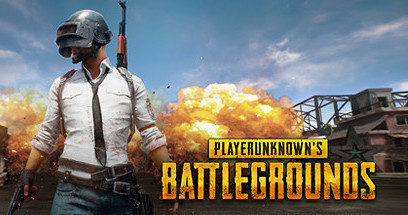 #Infobintaro #GamesOnline – PlayerUnknown & # 39; s Battlegrounds (PUBG) is a game of the Battle Royale genre where players can play with 100 people at a time online. In this game, players can play a single, a team of 2 and a team of 4 and can invite friends to join the game as a team.
This game actually introduces a fatal scenario that can be followed by another hundred players. You can choose to join the game alone or with friends.
.
.
.
Then enter an island with a surface area of ​​8 × 8 km with a parachute without supplies. You will find your own weapons and welcome to use motor vehicles. The more dangerous the location, the more likely it is to get better weapons.
.
.
.
PlayerUnknown & # 39; s Battleground was launched on Steam in March 2017. Even though it has not even been a year, but this game has set a new record, there are about 877,844 players online at the same time on August 26, 2017 on Steam platform. This figure beats the record number of Dota 2 players at the same time, reaching only 842,919.
.
.
.
Very popular
In the Playstore, more than 50 million Android users worldwide have played this game. Smartphone scripts for playing PUBG are 2Gb / 16GB (literacy) but 4Gb / 64Gb and 6Gb / 128Gb (original versions) are recommended.
For these types of games with their own mobile version, NetEase Games has released a game similar to PUBG that can be played on smartphones for free, namely Rules Of Survival and Knives Out.
.
.
.
national competition
The popularity of these games also takes place in Indonesia. Due to its popularity, the PUBG Mobile competition was also held on March 23-24 in Mal Taman Anggrek, Jakarta. And the audience flourishes.
.
.
.
Problems blocking PUBG
Until now, the Minister of Communications and Information is still waiting for input from various sources, including MUI
#Bintaro #Tangsel #PUBGMobile #PUBGMobileCampusChampunity #PMCCID #PMCC #TorabikaCappuccino #pubg #pubgmobile # 1SQUAD1GOAL #Kemenkominfo #MUI